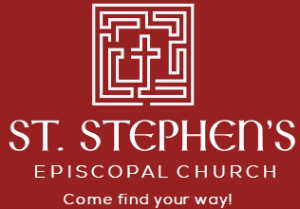 /
Update Required To play the media you will need to either update your browser to a recent version or update your Flash plugin.

Faithful of Every Generation

The key to reading prophecy is to understand that it is always about the present. Prophecy is never about the future; it is always about the present[1]. That may seem counter-intuitive to our imaginations, which conjure up images of crystal balls and fortune-tellers, but this association is more a product of Harry Potter and the lingering fascination that tabloid papers have with Nostradamus than what we find in scripture.

In scripture, prophecy, and especially apocalyptic prophecy, is a genre of coded writing about the present political reality in which God’s people find themselves, and a theological statement about who God is in the face of that reality. This is especially true in the fantastic apocalyptic vision described in our reading from Daniel.

And what a vision it is! Can you imagine having this nightmare? One by one, Daniel encounters increasingly grotesque, increasingly horrifying, and increasingly devastating beasts. They start out almost recognizable, but by the end of the litany, Daniel doesn’t even try and explain what the fourth beast is like. It is just horrendous with its teeth of iron that snapped up everything around it, and great trampling feet that pulverized all that its teeth left unruined. And on its head, ten horns sprouted out, and as Daniel watched, an eleventh horn grew out of its head. It was a little horn, and it grew eyes and a mouth, and with its mouth spoke noisomely and proudly. It was an arrogant little horn. 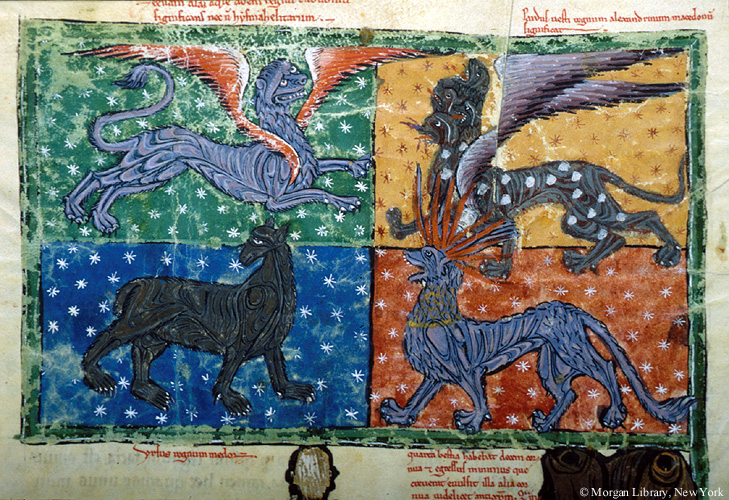 As we hear this story, we’re left to wonder what it is that we’re supposed to make of it. As someone asked in our Lectionary Study Group this week, “I wonder what Daniel ate before going to bed that night?” It might be tempting to take Daniel’s writing at face value and to imagine it as a prediction about some cosmic battle between good and evil, and in a sense, it is, but the truth is much simpler, more relatable, and therefore, more terrifying.

Though the Book of Daniel is set during the Babylonian exile, it was compiled much later, in the middle of the second century, BCE, in the midst of the rapid expansion of a very different empire—the Greeks. The four beasts, much as the attendant at the end of our reading explains, represent four empires, which scholars agree are the Babylonians, the Medes, the Persians, and finally, the Greeks. The eleventh horn that sprouted from the beast’s head, the arrogant little horn, represents King Antiochus IV, who at the time that the Book of Daniel was composed, was actively trying to eliminate Jewish worship from Jerusalem.

The fantastical vision of Daniel that sounds so much like a bad dream is in fact a story of great truth. It speaks of the reality that God’s people faced as empires dominated them, only to have ever newer, ever more terrifying empires rise and subsume the one that came before. It is the story of overwhelming adversity that seemed to have no end, of evil that threatened their very existence.

I am especially aware of that connection on this day, when we celebrate the Feasts of All Saints and All Souls; when we celebrate God’s people in every generation who have run the race and kept the faith. Some of their names are written on the altar hanging that you see here this morning, and as I read Daniel’s vision, I find myself wondering about the beasts that they faced in their day, of the arrogant little horn against whom they stood in their own time.

My grandfather and grandmother are on that altar hanging. My grandmother was born during the tail end of World War I. She was a little girl during the roaring twenties and entered her formative teenage years during the Great Depression. Her father died when my grandmother was a baby, so my great-grandmother raised her two daughters as a single mother, working as a teacher. During the hard years, my grandmother remembered strangers showing up to the house, and her mother welcoming them to their table to feed them. Mostly, they ate beans. Lots of beans. Can you imagine that? I wonder how she felt living during those times. I wonder where she found hope.

My grandmother turned 21 the year that World War II started. She and my grandfather were just young adults, when the arrogant little horn of their day pushed his way out of the head of the beast. The two of them got married, and a year later, they both entered the Air Force. My grandfather was an officer, though not a pilot. My grandmother had an aptitude with numbers and puzzles, and worked in cryptology, teaching other officers how to break codes. It was something that stayed with her all her life—my memories of her as a child were always with a word puzzle close by, her favorites were cryptograms.

I remember crawling under the comforter next to her as a child, in the early morning while my parents were still asleep. As we kept warm under the blankets, sucking on the licorice candies that were always at her bedside, cryptogram in hand, she showed me how to use a simple substitution cipher, and I watched with some awe as a short message appeared from a string of what had previously looked like gibberish. It wouldn’t be until years later that I would understand the glimpse of her previous life she had shown me, of what that moment connected me to.

Those are just two of the names that hang on our altar this morning, and each of them faced the beasts of their own day. Many of them, I suspect, had stories similar to my grandparents’. All of them faced hardships, small and great. And they endured. They persisted. Each of us here today is a testament to that fact. Their stories are stories we need to hear. They are stories we need to tell.

It gives me hope. Like the faithful of every generation before us, we stand before the beasts of our own day—the overwhelming forces that seem greater than our ability to overcome, that seem at every moment to threaten to sweep us away. And like every age before us, we come face-to-face with our own arrogant little horn that threatens the very foundation of everything around us. Their names are many, for they are nationalism and xenophobia, they are climate change and income inequality, and they are hatred and the creeping rot of cynicism that infects our actions at every level of society from the local community all the way up to the behavior of elected leaders in our own country and in others around the world.

Before all this, it is so easy to feel powerless. It is so easy to feel despair. But I feel hope. I feel hope because we do not stand alone. God’s faithful people of every generation stand with us, a great multitude who number in the thousands, and tens-of-thousands, and tens-of-thousands times tens-of-thousands, so that their numbers are so immense that we cannot count. This great cloud of witnesses assures us that the great beasts of our day, that our own arrogant little horn, will not prevail, just as the great beasts and arrogant little horns of their own days did not prevail.

Through the years, there have been so many empires, so many overwhelming forces, so many terrifying beasts chewing and spitting and stomping destruction in their path, each assured of their immutability. There have been so many arrogant little horns, each convinced of their greatness. But before the Ancient of Days, every last one of them has withered away until they are nothing more than a footnote on a page. Only God prevails. Only God’s people endure.

On this Feast of All Saints, we remember and we give thanks for the faithful of every generation who have not quailed before the evil and overwhelming forces of their own days and who have carried the faith forward and passed it to our care. And we commit ourselves to do the same, to be witnesses to our own time and our own people that only God will prevail, that the great beasts of our day, as powerful as they may seem, will also rot away before the power of God. And we will keep the faith and stand unwavering until the day that we too become the ancestors and take our place in the uncountable multitude who stand before the throne of God.

[1] Vaticinium ex eventu, literally ‘prophecy from the event’ is the theological term for this practice.

The Power of Words

Posted on 29 Dec 2019, Evelyn Morgen
/
Update Required To play the media you will need to either update your browser to a recent version or update your Flash plugin. 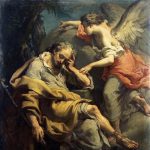 Posted on 22 Dec 2019, Adam Yates
/
Update Required To play the media you will need to either update your browser to a recent version or update your Flash plugin. 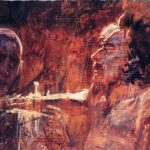 Posted on 24 Nov 2019, Adam
/
Update Required To play the media you will need to either update your browser to a recent version or update your Flash plugin.